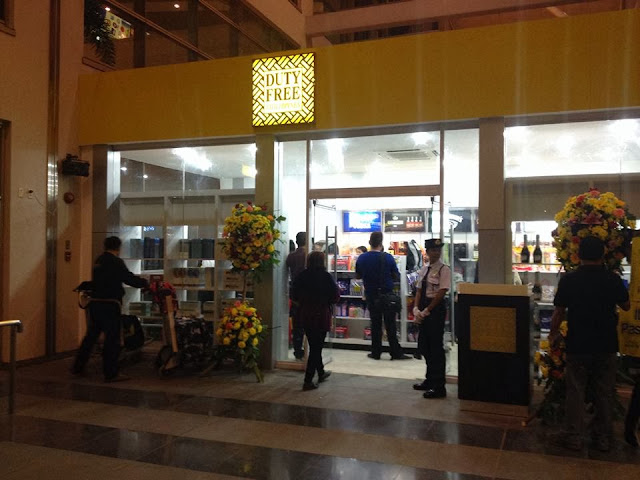 A little more than a year after international flights to and from Hongkong and Singapore have opened for the Ilonggo travelers, Duty Free Philippines complemented this by opening a duty free shop right at the Iloilo International Airport in Cabatuan, Iloilo.  (Where to stay in Iloilo)
Opening yesterday, Dec. 2, 2013, this is the third Duty Free Store on the island of Panay after Kalibo and Caticlan, both serving the top Philippine tourist destination - Boracay. (Dinagyang 2014 Guide) 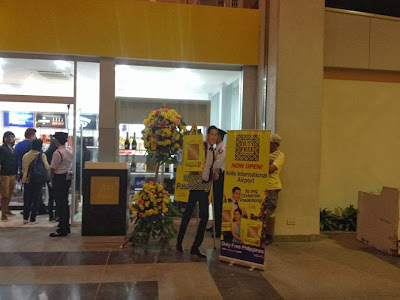 Duty Free Philippines - Iloilo is open from 430am to 800pm. It is located just outside the arrival area of the airport. (What to do in Iloilo) 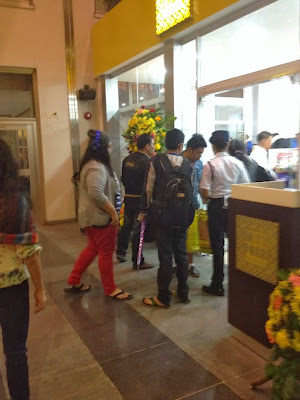 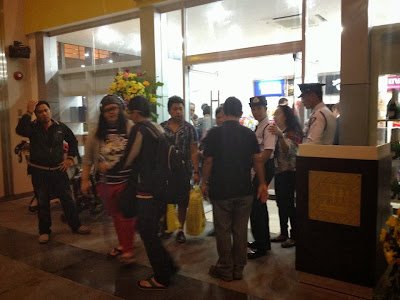 Popular posts from this blog

February 18, 2022
From one of the directors of Imortal, Bagani and La Luna Sangre comes a story of love, friendship and betrayal and how freedom comes with a price. "A Love to Kill" is a  gangster action series that will surely keep viewers at the edge of their seats this 2022. Produced by Studio 360, this will be shown on the popular streaming service/website, Netflix. Iloilo City Mayor Jerry Treñas just shared on his social media page the courtesy call of the producers and directors of the mini-series. Capturing the beauty of Iloilo's duality  with its booming nightlife scene and developed city center while still keeping the refreshing feeling of the countryside and scenic roads that showcase nature's gift at the same time, the series is great opportunity to not only tell a compelling story but to also captivate the world of Iloilo's grandeur. In the shortlist of sites to be featured are the  Iloilo River Esplanade, Festive Walk Iloilo, Ja
Read more

April 19, 2018
Have you heard? There's a new museum that recently opened in Iloilo City and it's mostly dedicated  to contemporary art. The Iloilo Museum of Contemporary Art (ILOMOCA) is the first art institution in the region that is devoted exclusively on the works of  Filipino and foreign modern and contemporary artists. You won't miss it! Just look inside the iconic edifice - Casa de Emperador, at the Iloilo Business Park.    Supported by the Megaworld Foundation, the PhP 110-million ILOMOCA occupies three stories of the Casa Emperador Building and is designed to provide a rich, dynamic, artistic and cultural experience for Iloilo City and the whole of Western Visayas Region. Now what is contemporary art? ILOMOCA's FB Page gives an overview " Not to be confused with modern art - contemporary art is art produced in the 20th century and in the current millennium. It is essentially art created in our lifetime, by artists living today. In contemporary
Read more

January 03, 2022
The Lopez Heritage House or otherwise known as the Nelly's Gardens is a national heritage house built in 1928 located at Jaro, Iloilo by an Ilonggo statesman Don Vicente Lopez and his wife, Doña Elena Hofileña. The mansion was named after the couple's eldest daughter, Lilia Lopez y Hofileña. The house is a classic example of Beaux-Arts mansion with its decorative enhancement largely influenced by Western aesthetics evident on its facade. It is designed to portray the extravagant lifestyle of Iloilo's most affluent families during the American period.  Profusely adorned with ornately-carved columns and pilasters, the house is constructed to look imposing outside just as it does inside.  Two set of wooden stairs lead to the family cavernous common room where most of the furniture and paintings are placed. Even the poster beds in its rooms at the second floor are carefully preserved for public viewing. High up in the ceiling are crystal chandeli
Read more