October 12, 2015
It was a Saturday that the earth stood still, well only in Tagbak in Jaro, Iloilo City, that is. The opening of the much awaited City Mall Tagbak was well received by the thousand of Ilonggos that stood outside the mall starting the morning even though 3pm is the official opening time to the public. 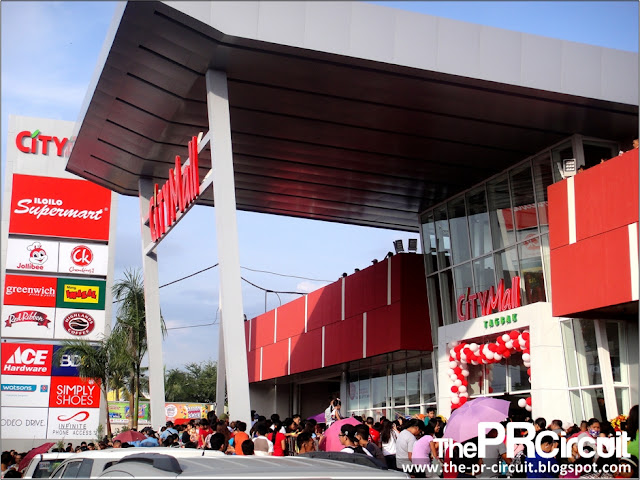 City Mall Tagbak is the 5th City Mall to open after the ones in Roxas City, Consolacion in Cebu, Cavite and Zamboanga. CityMall Commercial Centers Inc. (CMCCI), is a subsidiary of DoubleDragon Properties Corp. (DD), and will serve as the umbrella company for all CityMall community mall projects in the country. CMCCI is 66% owned by DD and 34% owned by SM Investments Corp. (SMIC) 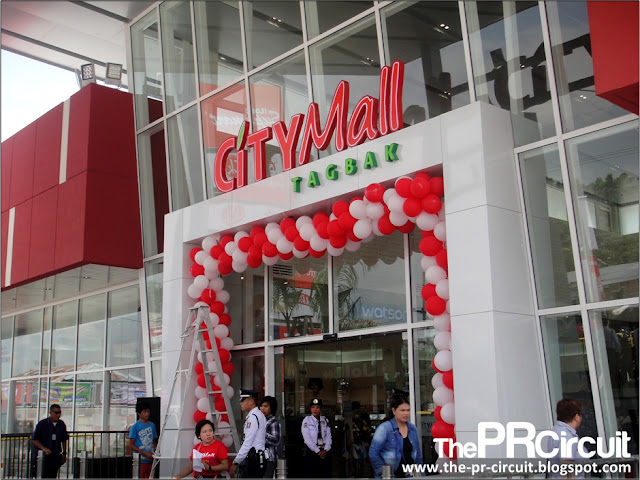 An invitation got us inside the mall in the morning and had out first City Mall experience. With around 3 more City Malls coming up for Iloilo, this was the city's baptism to the culture the "Everyday Mall" of the future. Basically, all CityMalls have the same theme, color and look, making the mall design a brand itself. Tenants will include the top fastfood chains, non-food retails shops, service shops and an anchor grocery store. 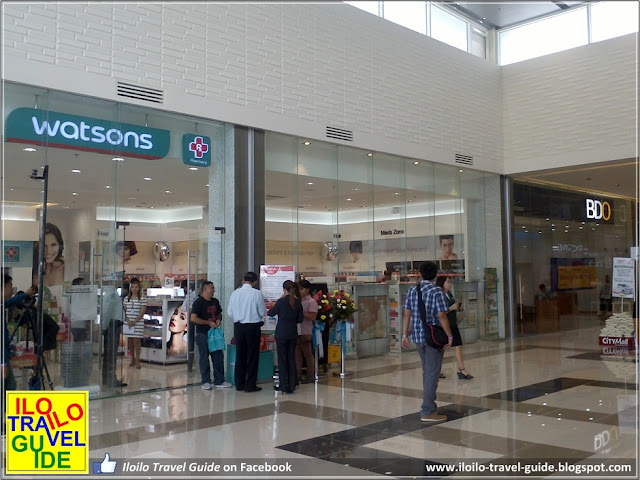 In Tagbak, upon entering one is flanked by Watson's to the left and with the food court to the right. Beside Watson's, there's Banco De Oro, Simply Shoes, Ace Hardware and the anchor grocery Iloilo Supermart. It was reported a year ago that CMCCI signed a 26-year lease agreement with the Que family's Iloilo Commercial Development Corp. (owner of Iloilo Supermart) for the location of the CityMalls in Tagbak, Jaro and Ungka, Pavia. 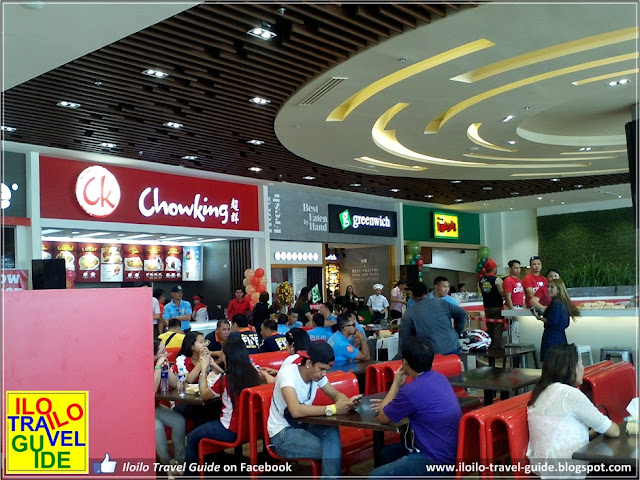 The Food Court area on the other hand has top fastfood brands - Jollibee, Mang Inasal, Chowking, Greenwich, Red Ribbon and Highlands Coffee. All these are under the Jollibee Food group of companies. Highlands Coffee is a Vietnamese coffee shop chain and producer and distributor of coffee products, established in Hanoi in 1998. In 2012 Highlands sold 50% of its shares to the Philippines multinational chain Jollibee Worldwide for 25 million USD 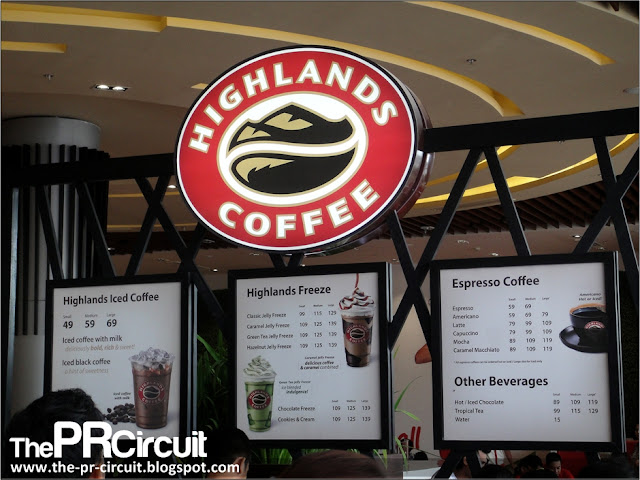 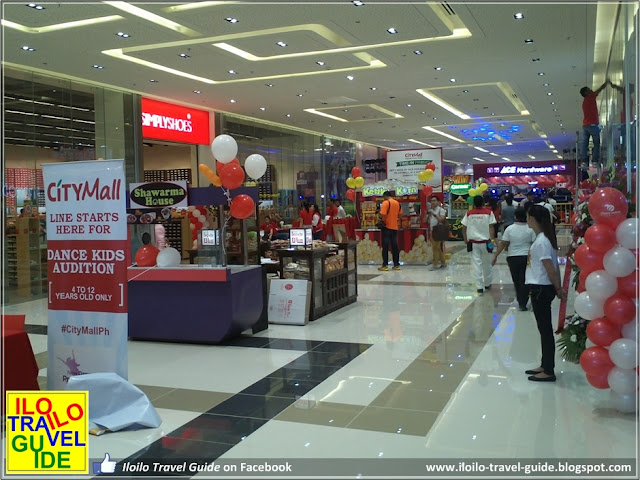 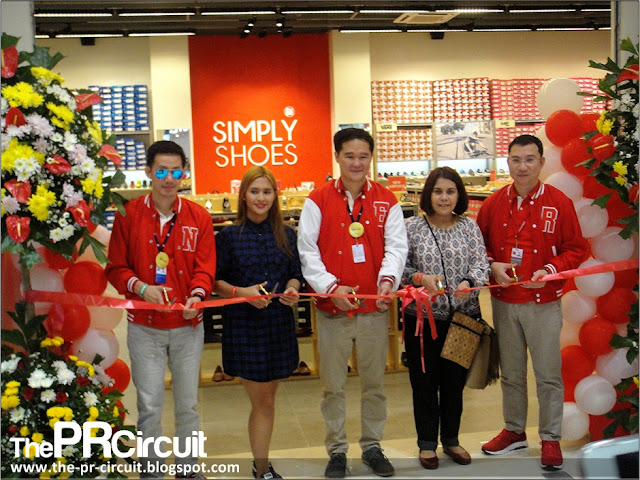 An affiliate of SM Retail, Simply Shoes is a one-stop shoe store offering a wide assortment of shoes selections for women, men and children. The store carries an assortment of brands, both for everyday and special occasions including SM’s iconic Parisian brand, which offers trendy yet affordable footwear for the ladies. (Read more >>>; Simply Shoes opens at City Mall Tagbak) 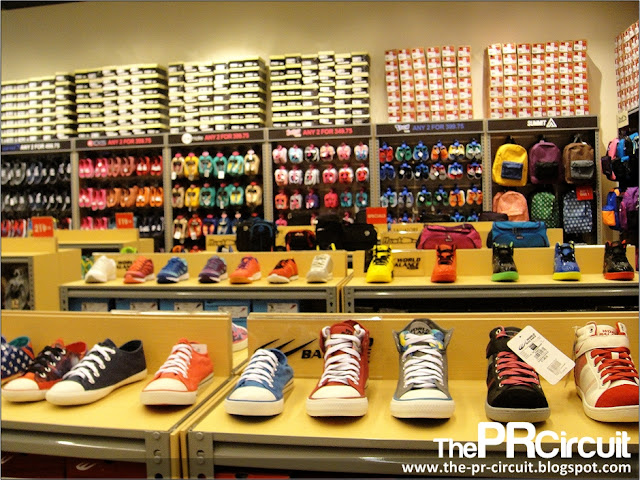 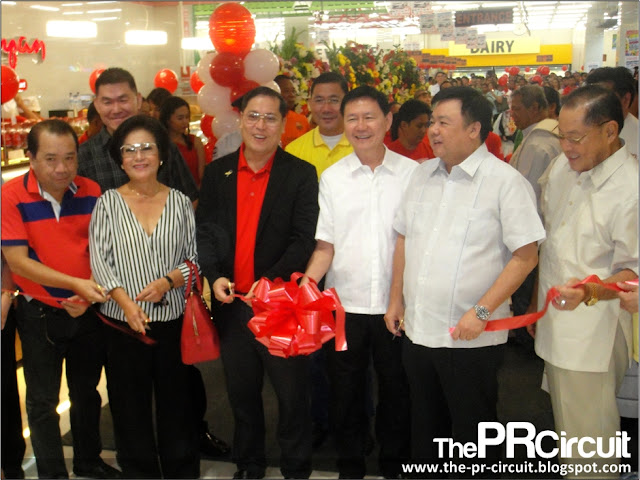 A mini program followed with congratulatory message from the Mayor dotted with special musical and dance numbers. 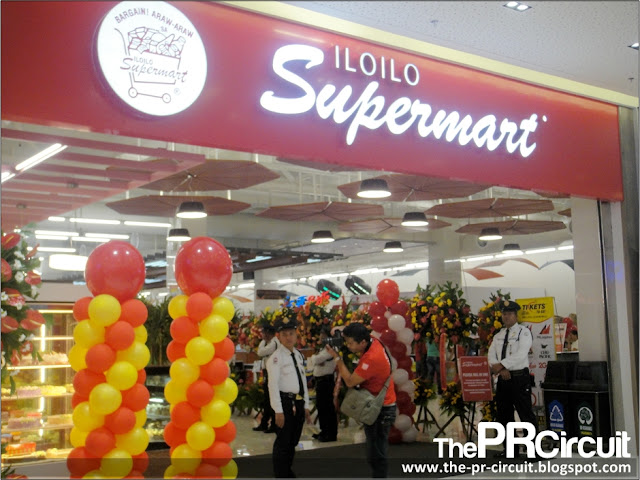 A few minutes later, outside the mall, the grand opening of City Mall Tagbak created the scene that made Tagbak stood still for an hour or two. Mang Inasal founder Edgar Injap Sia (half of the Double Dragon "team", the other one being Tony Tan Caktiong of Jollibee) led the ribbon cutting of the 5th City Mall in the Philippines. 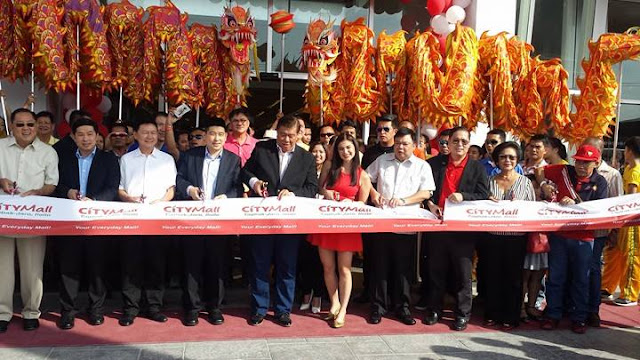 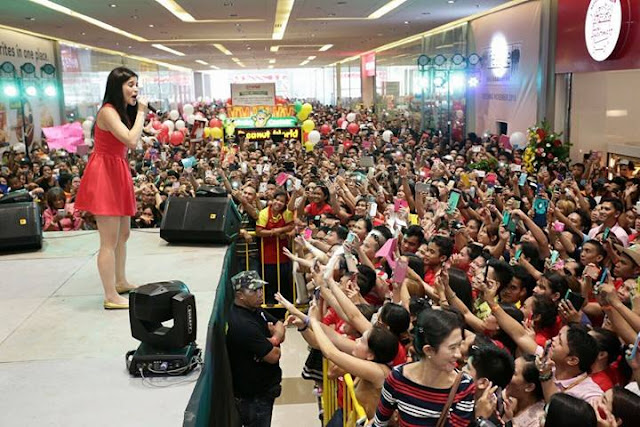 But it was actress and City Mall brand ambassadress, Anne Curtis, whom the starstruck Ilonggos have been waiting to see all-day long. 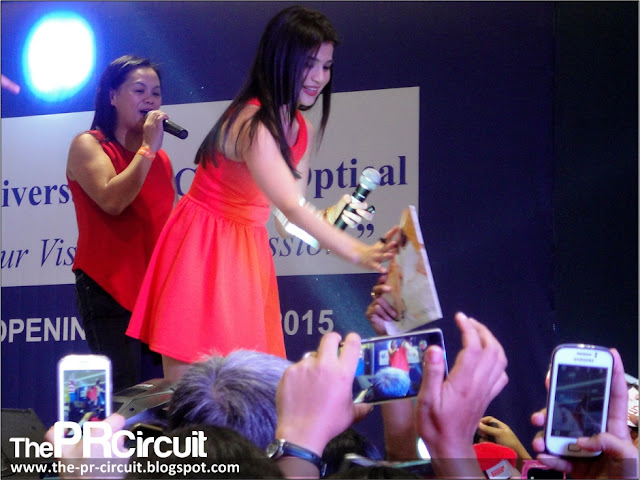 And Anne didn't fail the "madlang people" as she belted out two songs during the short program inside the mall which was full-packed. She also accommodated some fans for a quick autographs

Anne Curtis sings Halik at CityMallPh Tagbak, Jaro.
Posted by I am Iloilo on Saturday, 10 October 2015 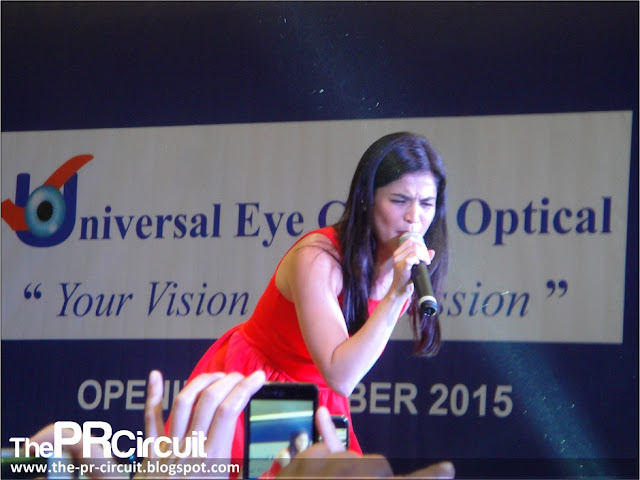 Finally for most celebrities, it is always the obligatory pose with the audience that caps an enjoyable show. 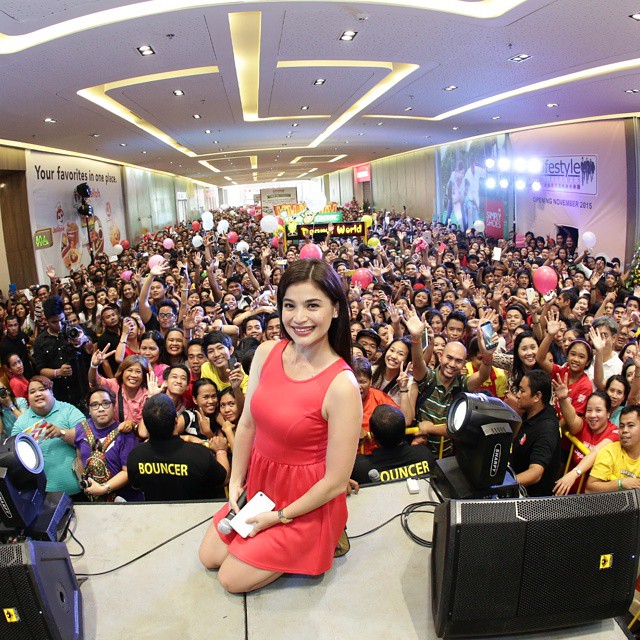 And Ilonggos all enjoyed a "selfie" pose with Anne Curtis that Saturday when City Mall Tagbak opened and making that part of the Iloilo stand still...

Popular posts from this blog

February 18, 2022
From one of the directors of Imortal, Bagani and La Luna Sangre comes a story of love, friendship and betrayal and how freedom comes with a price. "A Love to Kill" is a  gangster action series that will surely keep viewers at the edge of their seats this 2022. Produced by Studio 360, this will be shown on the popular streaming service/website, Netflix. Iloilo City Mayor Jerry Treñas just shared on his social media page the courtesy call of the producers and directors of the mini-series. Capturing the beauty of Iloilo's duality  with its booming nightlife scene and developed city center while still keeping the refreshing feeling of the countryside and scenic roads that showcase nature's gift at the same time, the series is great opportunity to not only tell a compelling story but to also captivate the world of Iloilo's grandeur. In the shortlist of sites to be featured are the  Iloilo River Esplanade, Festive Walk Iloilo, Ja
Read more

April 19, 2018
Have you heard? There's a new museum that recently opened in Iloilo City and it's mostly dedicated  to contemporary art. The Iloilo Museum of Contemporary Art (ILOMOCA) is the first art institution in the region that is devoted exclusively on the works of  Filipino and foreign modern and contemporary artists. You won't miss it! Just look inside the iconic edifice - Casa de Emperador, at the Iloilo Business Park.    Supported by the Megaworld Foundation, the PhP 110-million ILOMOCA occupies three stories of the Casa Emperador Building and is designed to provide a rich, dynamic, artistic and cultural experience for Iloilo City and the whole of Western Visayas Region. Now what is contemporary art? ILOMOCA's FB Page gives an overview " Not to be confused with modern art - contemporary art is art produced in the 20th century and in the current millennium. It is essentially art created in our lifetime, by artists living today. In contemporary
Read more

January 03, 2022
The Lopez Heritage House or otherwise known as the Nelly's Gardens is a national heritage house built in 1928 located at Jaro, Iloilo by an Ilonggo statesman Don Vicente Lopez and his wife, Doña Elena Hofileña. The mansion was named after the couple's eldest daughter, Lilia Lopez y Hofileña. The house is a classic example of Beaux-Arts mansion with its decorative enhancement largely influenced by Western aesthetics evident on its facade. It is designed to portray the extravagant lifestyle of Iloilo's most affluent families during the American period.  Profusely adorned with ornately-carved columns and pilasters, the house is constructed to look imposing outside just as it does inside.  Two set of wooden stairs lead to the family cavernous common room where most of the furniture and paintings are placed. Even the poster beds in its rooms at the second floor are carefully preserved for public viewing. High up in the ceiling are crystal chandeli
Read more